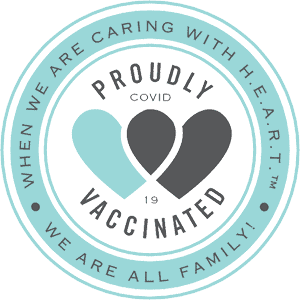 May is National Stroke Awareness Month, a good reminder for seniors and aging adults in assisted living communities to know about the strokes and their causes and effects.

National Stroke Awareness Day was officially started in 1989 on a proclamation by President George H.W. Bush. Over the years before and after the proclamation, the Centers for Disease Control, the American Heart Association, World Stroke Campaign and other organizations have educated people, researched strokes and treated people who have strokes around the world.

Despite these efforts, strokes are still a leading cause of death in the U.S. Every 40 seconds, someone in the U.S. has a stroke, according to the CDC. Every 3.5 minutes, someone dies from a stroke.

One of the keys to surviving a stroke for a senior or the elderly is knowing the signs and symptoms so you can act fast if you or someone you know is having a stroke. Patients who get to an emergency room within three hours of their first symptoms typically have less disability after three months than patients who had delayed care.

The FAST Way to Diagnose Stroke

An easy way to tell if someone is having a stroke is “FAST.” It’s a way of knowing the signs and symptoms of a stroke and reacting quickly.

It’s important for you to take the steps to reduce your risks of a stroke. Stroke is the fifth-leading cause of death in the U.S. and the long-term effects of strokes are debilitating. During a stroke, parts of the brain become damaged and can die within minutes.

Here are five ways you can become involved in preventing a stroke and guarding against the threat of one in your life:

—Control blood pressure and cholesterol by taking your prescribed medications.

—Manage other medical conditions that may lead to a stroke, including obesity and diabetes.

—Avoid smoking and avoid secondhand smoke. Both of these increase your risk of a stroke.

—Eat a healthy diet that is low in salt and sugar. Make sure to eat lots of fresh fruits and vegetables.

—Increase your physical activity. This also helps you maintain a healthy weight that’s another safeguard against having a stroke.

Get To Know Regency at Augusta

At Regency at Augusta we know that choosing the right community for yourself or a loved one is a big responsibility. Touring communities and asking questions can be taxing.

Let us make the experience enjoyable for you! We invite you to schedule a visit and come out to experience the Regency at Augusta difference for yourself.

★★★★★
Making a decision about where you will receive the best assisted living care can be a difficult one. Regency at Augusta is not just a beautiful state of the art community — the entire care team is outstanding. You have the best of all worlds with Regency — an absolutely gorgeouus community — fantastic food — amazing team — and to top it off it is right across the street from Augusta Hospital! My mother and I have visited several assisted living facilities over the past few years and Regency at Augusta is a beautiful place to call HOME. My mom (who is 98) is sooooo happy she moved to Regency at Augusta this July!
– J. Warner
★★★★★
I cannot thank Karen Pruitt and the other dedicated team members at Regency at Augusta enough! They helped every step of the way as we transitioned my uncle to his beautiful new home at Regency. They truly were willing to do whatever they could to be supportive and make the process as stress- free as possible for my uncle and our family. Karen was willing to work around my busy work schedule by delivering paperwork to my home and even meeting us on her day off to finish up the needed paperwork. When we ran into difficulty arranging my uncle’s move-in, Karen and the team arranged for my uncle to move into a furnished room until his belongings arrived. These are just two examples of the many ways the team helped us transition our loved one to Regency at Augusta. However, the most meaningful thing to my uncle about Regency is their pet-friendly policy. This meant that he did not have to leave his beloved companion pet behind, and this has meant the world to him!
– S. Dove
★★★★★
I’m very impressed with the amenities that Regency at Augusta has to offer, such as Clubhouse, Theatre, Sun Lounge, and two Grand Dining Rooms. The Community is decorated beautifully. The care team are kind and very willing to help.
– T. Mason
★★★★★
Mom is so pleased with everyone at Regency at Augusta. Truly professional, loving care. She loves everything about this community.
– M. Johnson

How Can We Help?

REGENCY AT AUGUSTA   |   The care you need. A lifestyle you enjoy.